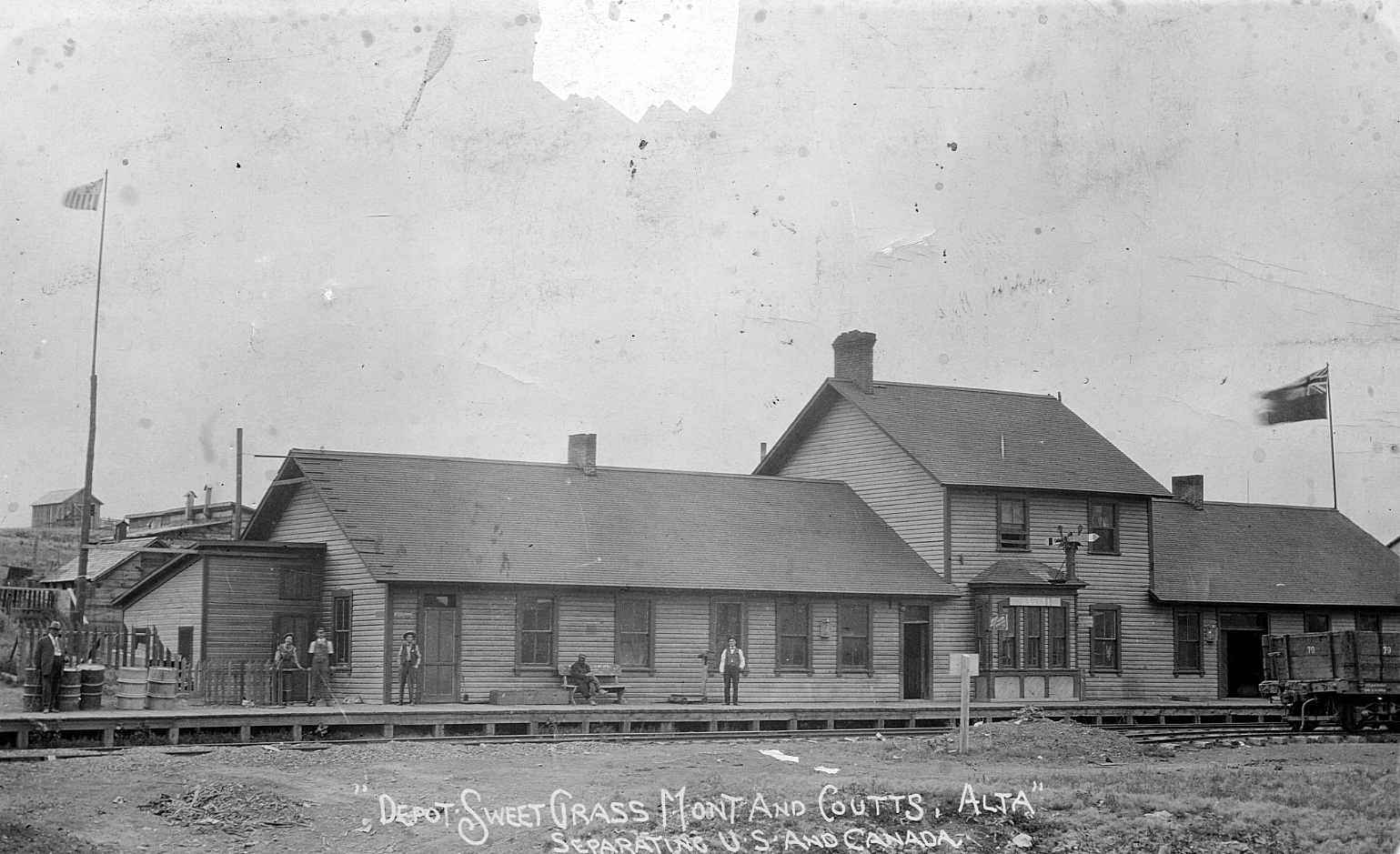 Originally built in 1890 by Sir Alexander Galt and his son Elliott Galt.Who were partners in a consortium of investors from Canada, England and the United States.
Straddling the Canada – United States border from October 1890 to September 1916, it is the only existing example of this kind of structure left in Western Canada. The International Border ran through the waiting / dining room. The Telegrapher and Station Agent worked in the center section, arranging shipment in Bond to proceed from Coutts, Alberta to Sweetgrass, Montana, and vice-versa. It was one of only two “Lunch Stations” along the railway line which ran from Lethbridge, Alberta to Great Falls, Montana. In September 1916, the northern part of the station was moved across the border into Coutts, where it was used by the Canadian Pacific Railway until the closing in the 1989.

In 2000 the station was bought by the Great Canadian Plains Railway Society and moved to an 35-acre (14 ha) site, 1 km (0.62 mi) north of the Village of Stirling, where it has been completely restored back to its original glory.